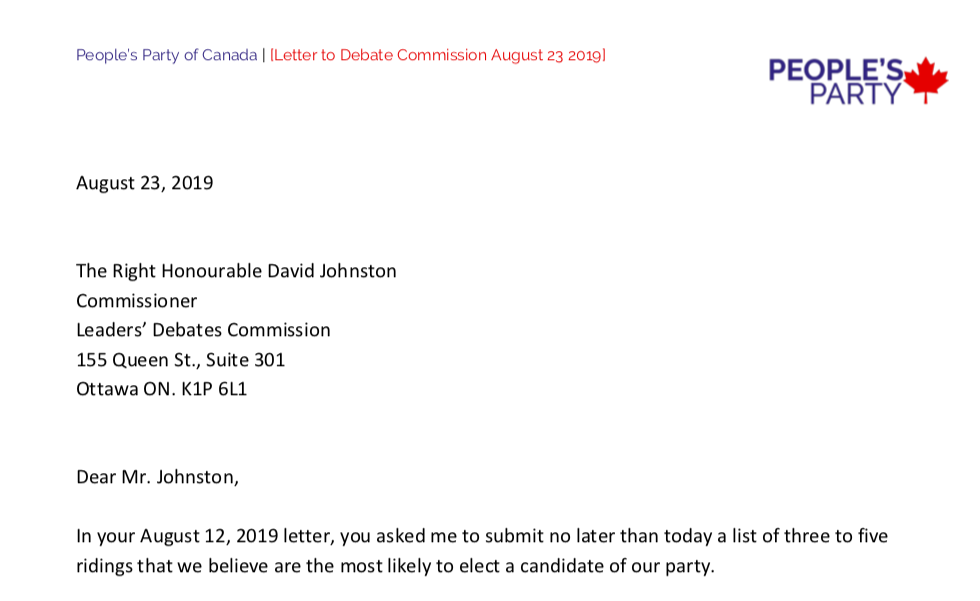 The Leaders’ Debate Commission sent the first round of invitation to its two official leaders’ debates, including in it the leaders of the Conservative, Liberal, New Democratic, Green and Bloc Québecois parties. Absent from the invitation recipients was Maxime Bernier, leader of the People’s Party of Canada.

In his letter to Bernier, debate commissioner David Johnston requested information on three to five ridings in which the PPC believes it has a legitimate chance of victory, to satisfy the criterion that “candidates endorsed by the party have a legitimate chance to be elected in the general election in question.”

Today, Bernier sent this letter to Johnston, citing five ridings in which PPC candidates have considerable profile, as well as media monitoring findings showing more coverage of Bernier than of the Green and Bloc Québecois leaders, who were invited to the debate.