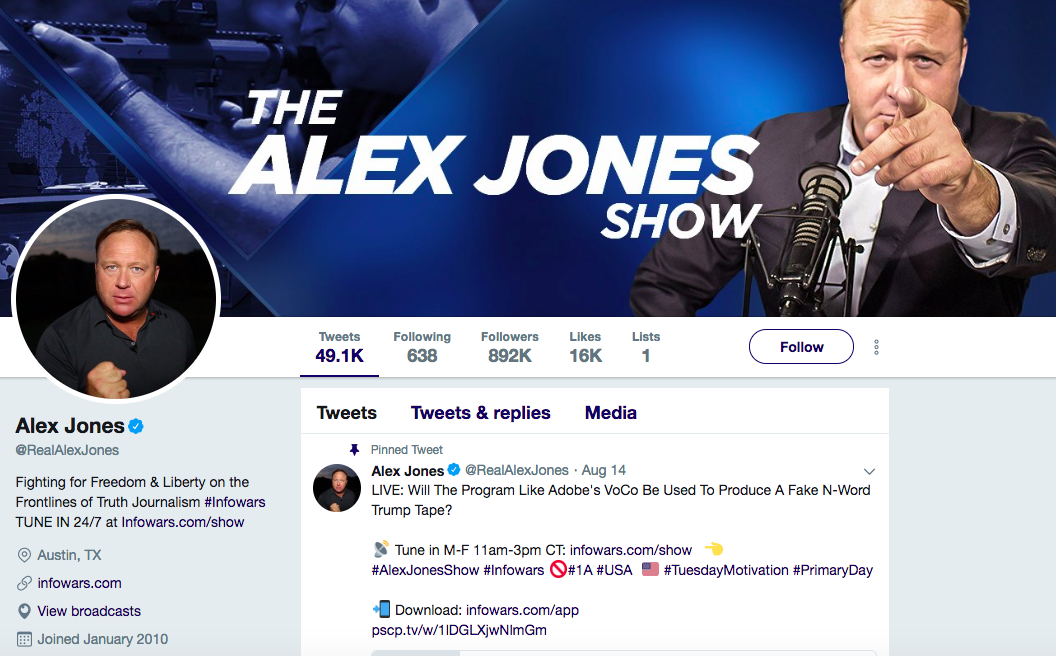 My Loonie Politics column this week takes aim at the concerted effort by the social media giants to purge Alex Jones and Infowars from their platforms this past week — seemingly out of nowhere. I am not a Jones fan, but that doesn’t make me any less skeptical of Facebook’s and Twitter’s motivations.

You need to be a Loonie Politics subscriber to read the full column. I would encourage you to pick up an annual subscription, only $40 if you use the promo code “Lawton.”

When companies decide to handpick certain candidates for deletion, they’re setting a standard they will struggle to live up to. Alex Jones’ suspension appears to have been authorized by CEO Jack Dorsey.

In an interview with NBC’s Lester Holt, Dorsey called the suspension a “timeout.”

“Any suspension, whether it be a permanent or a temporary one, makes someone think about their actions and behaviors,” he said.

It’s a rather paternalistic and creepy comment from the head of what was launched as a channel for open communication, as though Twitter endeavours to socially engineer, rather than facilitate, dialogue.

I doubt making Alex Jones sit in the corner on a timeout will change much of his content. I’d have an easier time letting companies make these determinations — and letting their users decide whether to keep supporting them — if governments weren’t injecting themselves into these discussions.