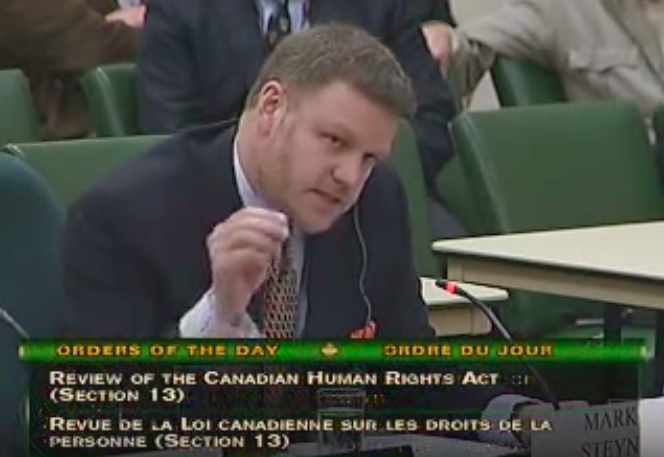 It was a big victory against state censorship when section 13 of the Canadian Human Rights Act was repealed in 2013.

The repeal, accomplished through a private member’s bill by Conservative member of parliament Brian Storseth, eliminated the CHRA provision allowing for prosecution of online “hate” speech.

Yet not even a decade has passed and a parliamentary committee is weighing whether to bring back section 13 or an amended version of it.

The Standing Committee on Justice and Human Rights has heard from nearly five dozen witnesses since April as part of its study of “online hate.”

“The Canadian Human Rights Act does not include any mention of telecommunications and the internet since section 13 of the Act was repealed in 2013,” the scope of the body’s study says. “The Committee is particularly interested in how potential amendments to the Canadian Human Rights Act, the Criminal Code, or any other Act, could help stem the propagation of hateful acts and the enticement of hate such as racism, sexism, antisemitism, islamophobia, or homophobia, through online platforms.”

Shamefully, yet unsurprisingly, most of the witnesses testifying–including the chief commissioners of the Saskatchewan and Canadian human rights commissions–have advocated a restoration of section 13.

While the Liberal government may wish to pretend there’s a gap in the law regarding the internet, there isn’t. Anything that’s illegal in Canada–as criminal hate speech is–is prohibited on the internet.

I suspect what censors are actually pining for is the murky and reprehensibly broad interpretation “hate” that the Canadian Human Rights Commission embraced during the lifespan of section 13.

This week the committee will hear from Mark Steyn, Lindsay Shepherd and John Robson. Their voices will be important after weeks of dozens of witnesses wanting government to not only clamp down on online hate speech, but also social media companies that allow it.

(Only a couple of witnesses to date have made preserving free speech a priority in their recommendations.)

There’s nothing wrong with opposing offensive and hateful speech. Wanting government to do so with the force of the law is a different story. Especially when the umpteen hours spent investigating “online hate” have not yielded a definition of it.

Even so, that Canadian Human Rights Commission’s chief commissioner testified that it poses a “clear and present danger.”

The missing definition is critical here, especially if the Left gets its way and social media postings do become subject to government regulation, as a supercharged section 13 would allow.

Given how readily the Left accuses anyone it disagrees with of “hateful” rhetoric with labels like “racist” and “Islamophobe” and the like, I’m not optimistic a Liberal definition of hate speech will hew to Canadian criminal law’s high threshold.

That this committee’s study exists in the first place is evidence of victory’s impermanence. I joined the chorus of celebration when section 13 was repealed in 2013.

The climate of free speech has changed a lot in these last six years, however. Conservative commentators had allies in liberal journalists on the question of censorship and free speech back then. Columnists and even some politicians on the Left understood that a liberal democracy must uphold free speech.

Now, defending free speech is somehow synonymous with defending bigotry to the Left, which is more focused on pinpointing where free speech’s limits are than with preserving the overall right.

Amnesty Canada, for example, testified in support of online hate speech regulation, arguing the “right to free expression” carries “special duties and responsibilities and may therefore be subject to restrictions.”

Steyn had to defend his right to publish a column about Islam before British Columbia’s human rights tribunal. The complaint against Maclean’s that sparked that trial was also put to the human rights bodies of Canada and Ontario, which declined to pursue only for lack of jurisdiction, not lack of support.

But Arnot, who I suspect is representative of the broader government-appointed human rights industry in Canada, rejects the premise that free speech is even a right in Canada, let alone one to be protected.

“Canada has no democratic tradition of unbridled free speech,” he said. “Freedom of speech in Canada has always been freedom governed by limits recognized in law.”

He argued there are “numerous limits to free expression that are justifiable in a free and democratic society.”

This is true when talking about threats, advocacy of genocide, and so on. Though Arnot said any protection against the “greater harm that flows from unfettered speech” is justified.

Anyone thinking the Conservatives will be reliable allies in this fight need only look at Andrew Scheer’s treatment of one of his own party’s members of parliament, Michael Cooper.

Until last weekend, Cooper was the vice-chair of the justice committee. Now he’s been booted by Scheer for the crime of being “insensitive” after pushing back against a witness’ erroneous claim that “conservative commentators” influence anti-Muslim attackers.

Cooper read from the Christchurch shooter’s manifesto to illustrate how the murderer actually disavowed conservatism. After the media falsely crafted a narrative of a Conservative MP beating up on a Muslim, Scheer capitulated, throwing his own caucus member under the bus for his “insensitive and unacceptable” comments, “especially when directed at a Muslim witness.”

Victory should never be taken for granted. The fight is the same as it was a decade ago, though the opposition is much larger.