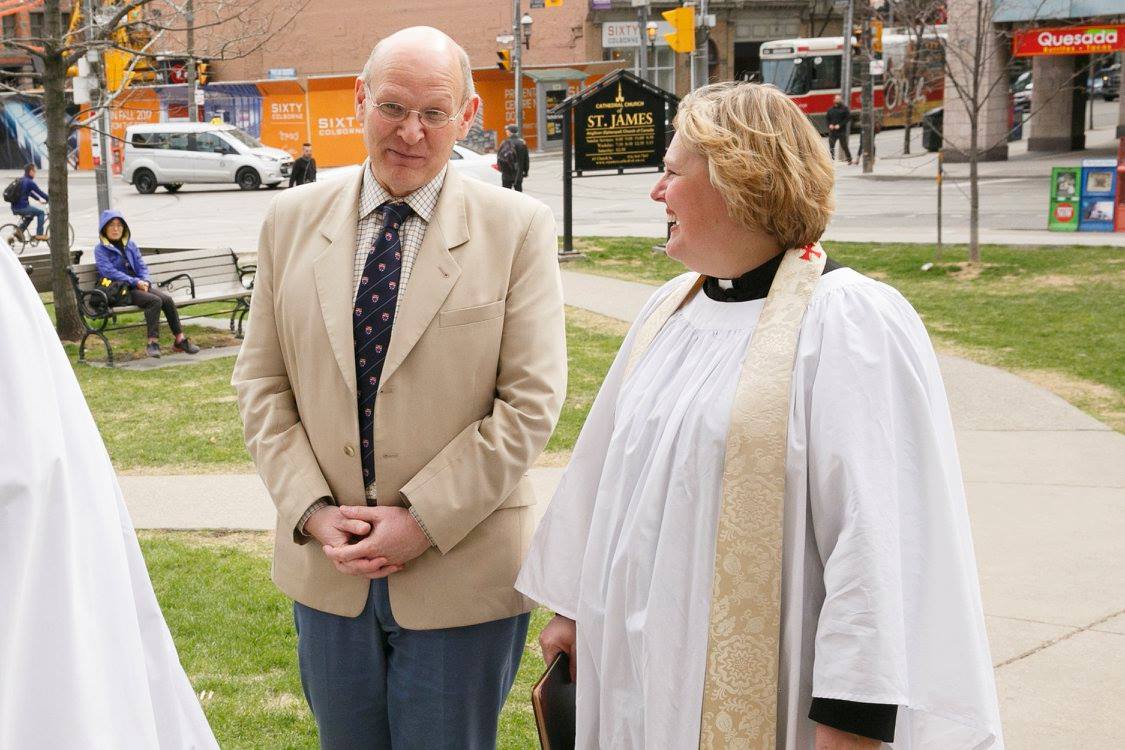 I tweeted last week about a subject on which I’ve kept my mouth shut for years: Michael Coren.

Once a television and radio host with bestselling books on his Catholic faith, Coren was a mainstay in Canadian social conservative circles.

Now, the occasional columnist is an Anglican minister-in-training who reviles the social conservatives whose cheques he used to cash.

Coren went through a spiritual and political conversion about four years ago which, at first, was presented as an evolution from viewing homosexuality and gay marriage as sinful to a belief that the LGBTQ community is to be celebrated.

This rather quickly revealed itself to be a reversal of essentially every position Coren had ever publicly held, from abortion to free speech to economics.

This was chronicled in his book, Epiphany. When it came out, I interviewed him twice—once on a national radio show I was guest hosting, and again on my local show at Coren’s request.

Unlike many conservatives who had little time for him after his conversion, I supported him and defended him for two main reasons.

The first is that I believe anyone has the right to change their mind.

Secondly, I wanted to be forgiving and gracious as my Christian faith compels me to be. Though several actions by Coren have made that a challenging journey.

My relationship with Coren started in 2010. As an up-and-coming conservative blogger and podcaster, I was invited to appear on his roundtable CTS television show. This led to being made a regular, appearing each Monday.

I viewed it as a big break, for which I was and remain grateful to Coren. As most know, I was grappling with mental health issues at the time, unbeknownst to Coren and everyone else in my life. In December of 2010, I tried to kill myself, four days before I was to appear on his show again. (Don’t worry, they’re not related).

I was hospitalized for close to seven weeks, much of which I was unconscious. In this time, my family not only went through the emotional ordeal of not knowing whether I’d live or die, but also picked up the pieces of my life logistically, from finances to meetings and other commitments.

In this vulnerability, they confided in Coren, a man they knew I admired and saw as a mentor, that I had tried to take my life.

He was concerned and compassionate, before telling everyone imaginable.

Not just immediate staff, but friends and colleagues of mine, as well as complete strangers. I knew of about a dozen, and have learned of several more in the last week who were on what they described as a “phone chain” by a giddy and gossipy Coren.

By the time I learned about this I had already gone public with my attempt, so it was easy to ignore.

Later, I had an odd encounter on his show during an appearance alongside Hamilton public relations professional Laura Babcock and, I believe, radio host John Downs.

We were discussing some topic related to child welfare and I mentioned a stat about the frequency of child sexual abuse. It was a high number. Unbelievably high to many people, Coren included.

It was believable to me as a victim of child sexual abuse, something I had never spoken about publicly or privately.

When we cut to commercial, Coren playfully chided me about the statistic, whose source I can’t recall but remember to be reliable. Sensing my passion about the issue, his amusement turned to badgering.

“You were abused, weren’t you? Say it. You were, weren’t you?” I didn’t answer, but my facial reaction made it apparent. Babcock stared in disbelief at the exchange. (She and I talked about it months later, in fact.)

He actually sent an email after the taping acknowledging and apologizing for what happened.

I moved past it, and it was a moot point until May of 2011, when I agreed that I would open up about my suicide attempt for the first time, publicly on Coren’s show.

It would be just he and I for the first half hour, with a psychologist joining for the latter half. Minutes before the cameras started rolling, Coren asked if I was comfortable speaking about the sexual abuse.

My answer was unequivocal, as was my rationale. I said no because I hadn’t begun to sort that issue out in my own mind, so talking about it publicly was a non-starter.

He agreed. Or rather I thought I did.

Within the first few minutes of the broadcast, he asked whether anything happened in my childhood that might have precipitated this. His eyes were like daggers.

I couldn’t lie. I couldn’t betray the man who had given me such an opportunity. I couldn’t get out of it. So I told the truth.

Some might say I bear responsibility as the one who said the words, but I didn’t know what the next question would be if I lied. So for all intents and purposes, he outed me as a sexual abuse survivor on national television.

It was a truth I didn’t understand or want to talk about. A truth he only knew because of his prior insensitivity and insincerity.

I kept this private for years, only revealing it a week ago in a Twitter thread that’s led to many messages of support, but also challenging questions.

Chief among them, why now?

After the exchange, I continued to appear on his show every week. When he moved to Sun News Network, I would join him there from time to time as well. I even took over as his webmaster without pay after the man who had been looking after his website suddenly died.

I fully admit there was a selfishness to it. I was building a career in media and the exposure was positive. I also still looked up to Coren as a career model if not a moral one. Most importantly, I was trying to forgive. Each and every time.

And I have forgiven him. But as is often said, forgive doesn’t mean forget.

During my run as a candidate, Coren shrugged off a negative story about the NDP by saying, “I’d rather know more about the PC candidates who believe in debating the Holocaust!”

He was talking about me, propagating a baseless smear story from a radical left-wing blog, linking me with Holocaust denial because I’ve said unequivocally that I support free speech, even for people with radical views like holocaust denial.

Coren knew better, for he had expressed an identical position just a few years earlier. But still, he lobbed the shot in exchange for a handful of Twitter likes.

Earlier this month, Coren wrote about the fledgling Islamic Party of Ontario for Now Magazine, taking aim in his column at about a half-dozen former colleagues of his, including me.

I don’t mind him criticizing my position on the party (though oddly, he agreed with my conclusion that it’s a fringe party not worth fearing.) But he didn’t criticize my position on its merits; he he invoked the media attacks that were rampant about me during the election, regarding past social media comments.

Several of my old social media missteps overlapped with the time frame in which I appeared on his show, but never once did he raise a concern then. Though that didn’t stop him from using that chapter of my life to make an unrelated (and oddly unclear) point.

Coren’s objections to me were apparently held all the while he was referring to me as his “friend” on Twitter and in private conversations last year.

Though he hasn’t addressed my claims directly, he spent the better part of the next couple of days vaguely tweeting about “lies” from people he’d helped.

I didn’t share what I did because I was offended or hurt, but because Coren’s new friends need to see how he treats his old friends.

The man who now spends his days tweeting about how conservatives are not kind enough or sufficiently compassionate attacked one of his last remaining “friends” on the right.

It’s not becoming of a human, let alone a man who intends to shroud himself in priestly vestments.

On the Anglican Church of Canada’s website defining the necessary qualities for priesthood, two jumped out:

I had hoped that Coren’s approach to relationships would have had a similar epiphany to his ideological outlook, but that wasn’t the case.