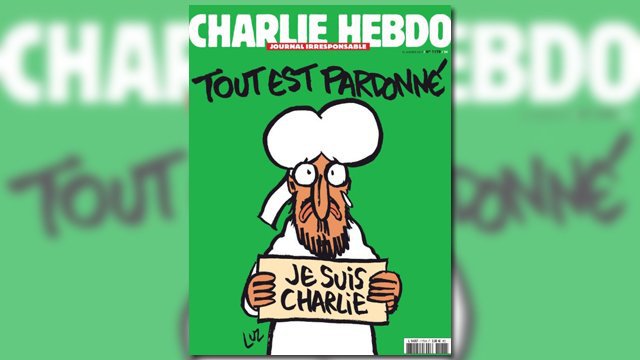 If you dare to criticize the Islamic prophet Muhammad in Europe, prepare to pay for it. Literally.

The European Court of Human Rights ruled this week that an Austrian woman broke the law in 2009 when she gave two seminars in which she accused Muhammad of being a pedophile, based on his marriage to Aisha.

Scholars say Aisha was likely six or seven years old at the time, though the marriage wasn’t consummated until she was nine or 10.

Despite the historic record, the ECHR decision, which upheld an earlier Austrian criminal court ruling, said the woman’s remarks go “beyond the permissible limits of an objective debate” and “could stir up prejudice and put at risk religious peace.”

As of press time, the ECHR had regretfully not been razed to the ground.

That’s the only solution I can propose for a body that so effortlessly brings back blasphemy law and codifies political correctness.

Understandably, Muslims aren’t keen on their prophet being mocked. I don’t blame them. As a Christian, I don’t like it when an artist tours the world with a crucifix soaked in urine. Freedom requires people of faith sucking it up when others don’t share their reverence.

Incidentally, Islam is the fastest growing religion in the world, so Muhammad hardly needs the public relations help from European judicial bureaucrats.

The perpetrator was fined €480 for the offence, and also had to pay for the proceedings against her. I can’t imagine that was all that cheap considering the case spanned for nine years.

Almost a decade to determine that free speech isn’t important. The woman tried to argue it was, but the ECHR said its decision “carefully balanced her right to freedom of expression with the right of others to have their religious feelings protected, and served the legitimate aim of preserving religious peace in Austria.”

You read that right. Religious feelings. The “feelings” of Muslims are more important than everyone’s fundamental right to criticize religion, or anything really.

The timing of this is interesting for me, having just returned from the United Kingdom where I was covering the case of Tommy Robinson, a vocal critic of Islamism. In an interview with Robinson, which will be published in the coming days, I challenged him on what I see as an uncomfortably broad brush he uses to define and characterize Islam.

The “Muhammad is a pedophile” argument is not a particularly new one from anti-Muslim activists. Muslims don’t dispute the timeline of Muhammad’s marriage to Aisha, but do defend the union based on historical context and traditions that suggest it wasn’t atypical, disgusting as it is by today’s standards.

Today, it’s difficult to imagine anyone taking issue with you for calling a 50-something married to a seven-year old a pedophile. Hence the absurdity of the state—or in the case of the European Court of Human Rights, a judicial body above any one country—carving out special protection for Muhammad, or any religious figure.

What’s next, a fine for calling Buddha fat?

Part of free speech means not having to be civil, and not having to justify why you say something. And that doesn’t mean speech is always free of consequences, but in this case the court wasn’t even interested in whether there were any.

The ECHR said the woman’s comments “could” spark some sort of prejudice.

Criticizing Muhammad means you’re taking your life into your own hands, as numerous incidents have shown over the last 15 years. From threats against those involved in producing the infamous Danish cartoons to the attacks on Charlie Hebdo’s office, blood has been shed for the right to be uncivil and offensive.

Now, if the terrorists don’t get you, the government will.