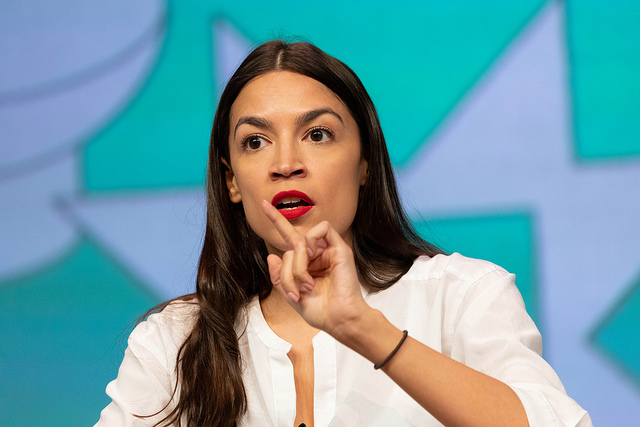 People around the world are praying for the victims of the horrific terror attacks in New Zealand mosques, and their families.

How anyone finds that objectionable I don’t understand.

Regardless of specific religions or denominations, people of faith generally agree prayer is the most important thing to do in times of both celebration and tragedy.

Prayer often manifests as a request, but it can also be a message of gratitude, or even of anger. Regardless of a specific prayer, it’s about recognizing there is a power that exists above you, which is both true and comforting, especially when events like those in New Zealand force us to confront the very worst of humanity.

The relationship between man and God is often lost on those who lack it. This isn’t a judgment of those people. Except so often instead of merely not partaking in prayer, they mock those who do.

New York congresswoman Alexandria Ocasio-Cortez had stern words for those who prayed in the wake of the New Zealand massacre that claimed 49 lives.

“What good are your thoughts & prayers when they don’t even keep the pews safe?”, she tweeted.

At 1st I thought of saying, “Imagine being told your house of faith isn’t safe anymore.”

But I couldn’t say “imagine.”

Because of Charleston.
Pittsburgh.
Sutherland Springs.

What good are your thoughts & prayers when they don’t even keep the pews safe?pic.twitter.com/2mSw0azDN8

Critics were quick to point out that Ocasio-Cortez’s tweet was particularly tone deaf given the the victims were gunned down praying in a house of worship that wouldn’t exist without prayer.

She attempted to walk back the comment by saying it was an attack against the National Rifle Association.

“‘Thoughts and prayers’ is reference to the NRA’s phrase used to deflect conversation away from policy change during tragedies,” she added later. “Not directed to PM Ardern, who I greatly admire.”

Her sentiment is one often expressed after mass shootings, when people chide politicians who offer prayers but not gun control in response to tragedy.

In this case, however, no one was talking about the NRA, which wields no political clout in New Zealand. Yet she still decided to mock those who find comfort in faith and prayer while politicizing another country’s horror.

I don’t fault people for not understanding the power of prayer if they’ve never experienced it. But I do take issue with those who refuse to recognize the tremendous role it plays in the lives of others, especially victims of tragedy.

On the two year anniversary of the 2017 Quebec City mosque shooting in January, I attended a screening of “Your Last Walk in the Mosque,” a documentary that is more about legacies of the six Muslim men killed that day than it is about the killings themselves. Even so, it was still an evocative account of a horrific episode.

Despite the grief and sadness in the victims’ widows, friends and families, it was moving to see how all had taken solace in their faith to get them through the pain.

It was through a negative event in my own life that I found my own faith and relationship with God as a Christian. Anyone who asks around will find that people of faith don’t pray in spite of tragedy—they pray because of it.

The act of prayer wields more power than any politician, white paper or rousing rendition of ‘Imagine’ ever will.

Of course this doesn’t mean prayer should exist in a vacuum without other action. I don’t believe praying for a cure replaces taking medication, nor do I believe praying for safety means you shouldn’t lock your doors at night. It’s prayer that gives the comfort, clarity, and even outcome to embolden these things.

I doubt the naysayers have ever asked people around them what prayer has done for them. The answers might just bear a lesson or two.